The store will not work correctly in the case when cookies are disabled.

Triton has won a Bathroom Manufacturer’s Association (BMA) Sustainability Award in the Workplace Initiative category, in recognition of its efforts to involve staff as part of its Moving the Dial campaign. 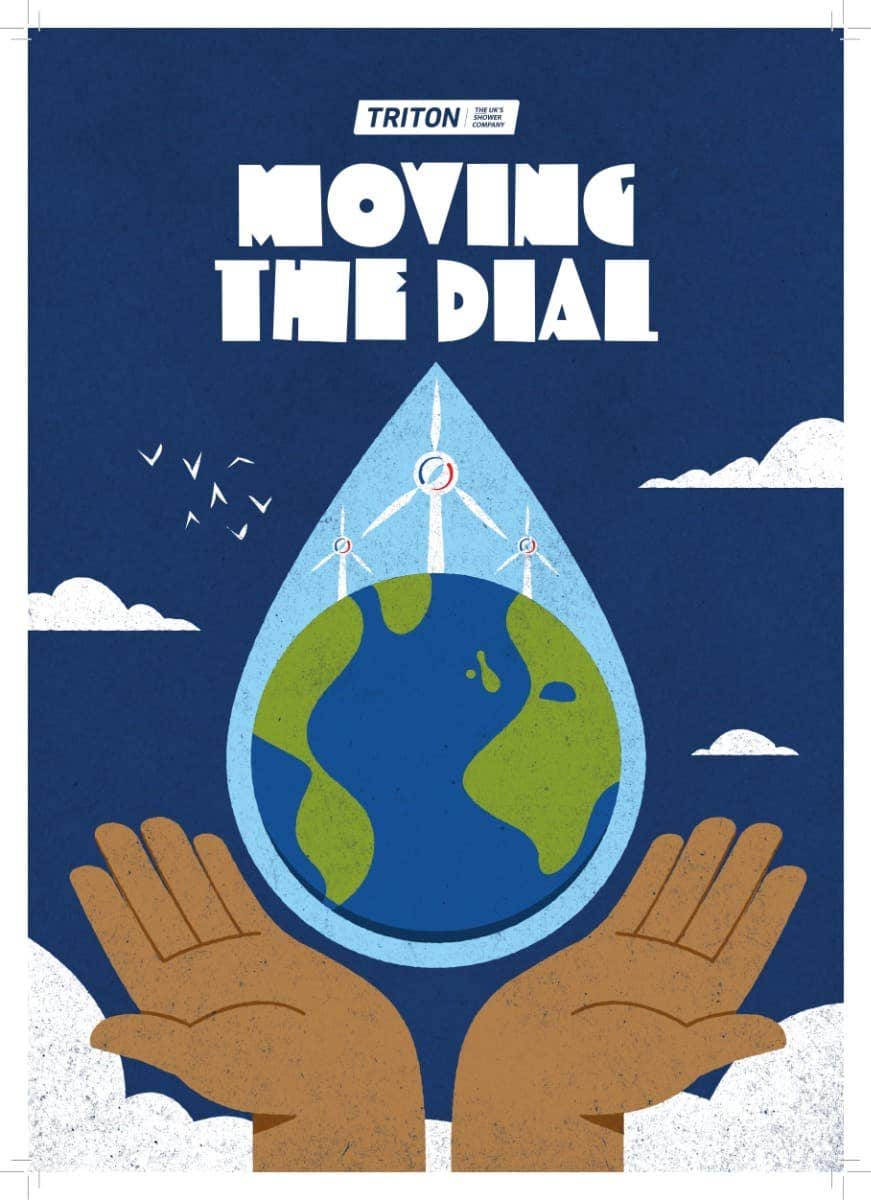 Positioning environmental considerations at the heart of its business strategy, Triton has set its sights on ensuring it is as sustainable as possible, looking to move the dial positively for our planet. With a target of becoming carbon net-zero by 2025, the shower manufacturer has placed emphasis on engaging its employees as the driving force behind the company’s success.

The BMA award reflects the steps that Triton has taken, which range from its Cleaner Conscience taskforce, through to a Green Ideas board. Various departments within the company even have KPIs that specifically address environmental factors, and striking graphics around the office and factory floor serve as a motivational reminder on prioritising sustainability.

Triton was also ‘highly commended’ in the BMA’s Carbon Reduction category, in no small part down to the contribution of its workforce in significantly reducing energy consumption in its offices. It now uses 24 per cent less gas, 32 per cent less electricity, and 38 per cent less water than in 2012.

David Tutton, Managing Director at Triton, said: “Triton is very much on a journey, with our ambitious net-zero targets serving as a focal point. Having already attained the Carbon Trust Standard for year-on-year carbon reduction, we’re over the moon to receive not only win the Workplace Initiative Award, but a highly commended nod in the Carbon Reduction category, too.”

Tom Reynolds, CEO at the BMA, continued: “We launched these inaugural sustainability awards with some trepidation. We were relieved when manufacturers started to make entries, were excited when we saw the quality of submissions, and elated when we received the incredibly positive independent judges' feedback. Manufacturers are embracing the transformation of their businesses and lessening the environmental impact of the sector as a whole. My congratulations go to all finalists, and particularly the winners and special recognition recipients.”

Further Triton workplace initiatives include LED lighting being installed throughout 95 per cent of the business, alongside a significant focus on recycling, with 233 tonnes of waste recycled in 2019, and all used paper now recycled. In total, this has resulted in a 49 per cent reduction in workplace carbon footprint since 2012.

To facilitate environmentally-conscious choices for its staff, Triton has also installed electric vehicle (EV) charging points at its HQ (which will be powered by 100 per cent renewable energy). This move to green travel is backed by a cycle to work scheme that aims to incentivise employees to avoid any unnecessary car usage.

David concluded: ““Sustainability is a core component of our business, and our Moving the Dial campaign is designed to encourage staff and customers alike to join us in this endeavour. We’re grateful for the ongoing support of the BMA, and look forward to continuing our sustainability journey.”

Click below to find out more about Triton's 'Moving the Dial' sustainability focus.